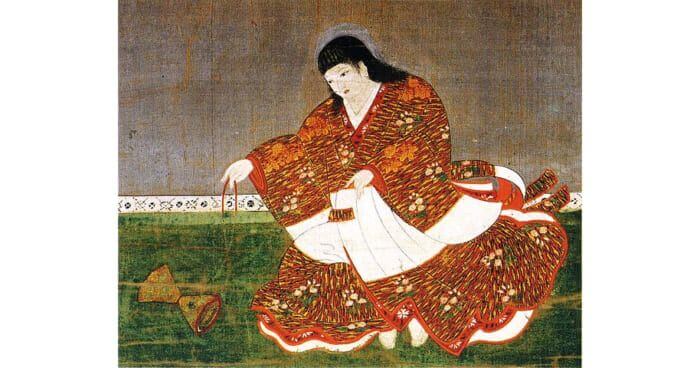 Prince Kotohito, the first prince of Emperor Takakura, became the prince in about one month after birth, and crowned the Emperor in one year and two months.

At this time, since Pope Go-shirakawa was obstinate, he ranked the Emperor to the Emperor in a unilateral decision of Kiyomori.

Emperor Antoku is the first emperor that the samurai made a throne. By doing this, the samurai in full swing will hold the real power of politics.

Emperor Heike had long been awaiting

For Heike, it was the long-awaited emperor's throne.

Heike is a family of Kiyomori Taira-no, which is the most powerful samurai faction at that time.

It's already late, Heike is on a downhill slope

It was 1180 years that Emperor Antoku crowned, but at this time the times had already been away from Heike.

Two months after the crowning of the Emperor Antoku, in April, Mochihito-ou, the son of Pope Go-shirakawa, orders soldiers to take over the Heike.

In June, Kiyomori will bring the capital to Fukuhara (present Hiroshima Prefecture) with Emperor Antoku and Takakura-in. At this time, Kiyomori will release the Pope Go-shirakawa who was obstinate and take him.

However, the anti-Heike momentum will not stop. In August, Yoritomo Minamoto-no raises soldiers.

In October, Heike is defeated to Yoritomo in "Fight of Fujikawa" in Heike. Kiyomori felt the danger of being in Fukuhara. He thought that Kyoto was overflowing at the anti-Heike house, and they were deprived of the regime.
So Kiyomori transfers the capital from Fukuhara to Kyoto again.

After returning to Kyoto, Kiyomori was just before death, and it was in a state where he could not take political affairs. Takakura-in died in the New Year of 1181 the following year. Kiyomori died in February two months later.

Insei of Go-shirakawa begins again from here. At this time Emperor Antoku lost the guardian of Heike, and lost his guardianship of the royal family as Emperor Takakura-in died.

Two years later in 1183, Yoshinaka-Kiso broke the Heike army with Kurikara-touge and was closer to Kyoto. Munemori Taira-no who was a leader of Heike is thinking to escape from Kyoto with Emperor Antoku and Pope Go-shirakawa. If Heike is on a side with the Emperor it can be rewound at any time.

However, Pope Go-shirakawa had not already expected Heike. The Pope disliked acting with Heike, and escaped to Enryakuji temple.

Three kinds of sacred treasure is also a proof of the emperor that the successive emperors inherited from generations.

After entering Dazaifu (current Fukuoka prefecture), Emperor Antoku moved the base to Yashima of Sanuki (present Kagawa prefecture), but in February of 1185, it escapes to the sea by meeting the raid of Yoshitsune Minamoto-no.
And finally the "battle of Danoura" started and the Heike was destroyed by losing to it.

Is not Emperor Antoku dead?

The legend that Emperor Antoku is not dead in Dannoura exists in various places around Shikoku and Kyushu.

I do not know about the truth. By the way, there is a story that Dannoura replaced his brother 's Prince Morisada (Emperor Antoku and his mother are different brothers), but this is known to be fiction.

What happened to the three sacred treasures?

Three kinds of sacred treasures showing the justification of the emperor's throne are collected by Gen-ji. The mirror called Yata-no-kagami (Katashiro) was safe without sinking in the sea.

The tool used for the ritual called Yasakani-no-magatama (the real thing) and the sword called Kusanagi-no-tsurugi (Katashiro) were tied to the waist by Nii-no-ama and sank to the bottom of the ocean together with Emperor Antoku .

Magatama was raised, but the sword was lost. Since magatama is the real thing, if it was lost, the history of succession of three kinds of sacred treasures ceased.

Even now, the real sword is enshrined in Atsuta Shrine. Katashiro newly made from the real thing.

During this period there were two Emperor

When Emperor Antoku leaves Kyoto, Emperor Go-toba crowned by the order of Pope Go-shirakawa. For two years there were two Emperors.

To hasten the throne of Emperor Go-toba was because Pope Go-shirakawa wanted to claim his rightness by changing his private army which is a power to pursue Heike into a regular army.

Emperor Antoku was born for Heike, throne to the Emperor for Heike, and died with Heike.

Such unfortunate things can not happen with the current Emperor. The Japanese are reflecting on history.

Currently, the Emperor is a "symbol of national integration", so there is no emperor for a specific power. Emperor exists for all Japanese citizens.

GHQ does not impose appropriate emphasis on the emperor as a symbol. It is a historical fact to refer to the royal family of Britain.
And the Japanese side also deliberates on that and is convinced.

Above all, the Kinjo-Heika is acting about what the emperor as a symbol is through his own life. Looking at these, it is clear that the emperor for a specific power alone can not exist.

We inherit the tradition properly while learning from history.