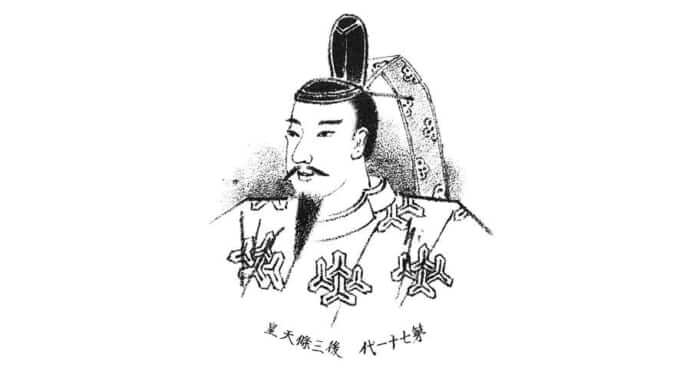 Emperors in Japan - Emperor who entrusted power to Fujiwara clan -

It is the father of Emperor Shirakawa who made a chance for samurai to show off his head.

It is a person who is not famous even in Japan, for the achievement. It is one of the Japanese emperors I want you to know more.

Emperor Go-sanjo's mother is the daughter of the Emperor and the royal family, Emperor without a foreign relationship with Fujiwara Clan. This was the first time in 170 years since Emperor Uda.

This era was when Fujiwara Clan monopolized the real power of politics, it was unusual that the Emperor was not in a relative relationship with the Fujiwara clan.

Even if he became the Crown Prince it was hard to become the Emperor, he remained in the emperor 's position for the next term for 24 years, 10 to 34 years old.

Emperor Go-sanjo was spared out by Kanpaku Yorimichi Fujiwara because it was not related to the Fujiwara clan.

Kanpaku（関白） is the 1st and 2nd position in the political system at the time, Yorimichi Fujiwara is the best proficient at the time.

Kanpaku（関白） is a special position in the political system of the time in the 1st and 2nd place, Yorimichi Fujiwara is the best captain of those days.

In order for his grandchild to be the Emperor, Emperor Go-sanjo, the Crown Prince, was a disturbing being. So it was left untouched for 24 years.

This is abnormal. At that time the young emperor has already become a common era. Still I could not become the Emperor until 34 years old. However, Emperor Go-sanjo did not waste this twenty-four year's date.

He was observing all sides of the political system called Sekkan politics（摂関政治） in the center of the Fujiwara clan.

Sekkan politics is a system where Kanpaku and two other persons, Sessho（摂政）, who is the other post, hold the real power of politics, never took office other than the Fujiwara Clan.

Sessho means the regency of Japan. In Japan, saying that the Emperor 's work on behalf of the Emperor is done.

This political system also has the characteristic that Fujiwara Clan will further strengthen the real power by having her daughters married to the Emperor and becoming the grandfather of the Emperor's in-law.

Emperor Go-sanjo kept thinking what to do when he became the Emperor. The answer leads to the place where Fujiwara clan's domineering is not allowed.

Emperor Go-sanjo will take reform by changing his circumstances into energy !!

Go-sanjo became the Emperor at the age of 34 because Prince Fujiwara clan's long - awaited look was not born.

Emperor Go-sanjo actively adopts talented persons who are low in status but highly capable. And he will do politics at the center of the Emperor who does not rely on the Fujiwara Clan.

First of all, in the following year, Emperor Go-sanjo issued "Enkyu-no-Shoen- seiri-rei（延久の荘園整理令）" to implement fiscal reconstruction.

At that time, Fujiwara Clan, who had monopolized major posts such as Sessho, Kanpaku, used power to develop illegal manor across Japan and made it his wealth.

The Fujiwara clan caught something that should become state property, state revenue. It was so bad that it reduced state revenues and constrained the national finances.

Shoen-no-seiri-rei was to organize the manor. In addition, we do not allow unauthorized accumulation, we had to return all things judged to be illegal to the national treasury.

This is amazing. Fujiwara clan of those days was such an existence that no one can complain. Emperor Go-sanjo reduced Fujiwara clan's manor which is the economic foundation of the root of its power.

It is not amusing to be assassinated. These were executed by Fujiwara Clan who did not have the circumstances, such as Minamoto-no Tunenaga and Ooe Masafusa.

Minamoto-no Tunenaga is a granddaughter of Emperor Uda, and I feel something like this around here as well.

In the following year, "Kenpu-no-sei" was enacted, and two years later, "Koutei-masu" will be enacted.

Kenpu-no-sei is a policy of unifying the quality of silk.

Koutei-masu is to revise the standard of length, volume, weight, and the country guarantees.

Everything was a policy linked directly to the economy, that it was not allowed anyone who was injured in its economic activities.

I think that this man is a politician in economic ties. In addition, I will leave various achievements.

With this reform Sekkan politics will decline

However, I will succeed to the son's Emperor Shirakawa with a short position of 4 and a half years.

Although it seems that opinion seems to be divided whether it is due to illness or to start Insei, I aimed at politics centered on Emperor who was distant from Fujiwara Clan and different from Sekkan politics.

Insei is the emperor abdicate early and handover to the next generation, becoming Emperor Dajo（太上天皇）, a guardian of the Emperor and doing politics in a free position. Dajo means to be located above the Emperor.

Emperor Go-sanjo dies in the following year when she retired. Always politically conflicting Yorimichi Fujiwara lamented and said like this.

I have lost a few wise prince

In the days after this, Sekkan politics will decline by the son of the rare monster politician, Emperor Shirakawa, starting Insei. And in the era of Insei, the times will change swiftly with the era of samurai.

What if this person lived longer?

Although I would like to think that Emperor Go-sanjo lived longer, I thought that he made a better world, but the fact that I handed over to Emperor Shirakawa as soon as possible may have been good for the transformation of the political system.

Although parent and child, personality is a true opposite. Emperor Go-sanjo demonstrated abnormally high ability in practical ability. He seems that the policy he has done is a competent administrative official. And the character itself was a nice person.

On the other hand, his son Emperor Shirakawa is a person who unusually demonstrated his ability in political struggle. Personality is self-righteous, and those who do not like them are excluded mercilessly whether they are nobles or sons.

This was suitable for breaking the old political system and building a new system called Insei.

The father changed the tide of the world by repeating fine modifications, the son took on the flow, broke the old system and opened the door of a new era.

I think that it can be said that cooperation play between two parents and two generations.

My son's Emperor Shirakawa is also a person who lived in the same era with Kiyomori Taira-no and is quite famous person because it is personality, but little father is known.

Kiyomori Taira-no is a very famous samurai who gained the power of politics for the first time in Japan.

However, unless there was a foundation for this later Emperor Go-sanjo, Emperor Shirakawa could not afford to finance enough to devote himself to political struggle and Emperor Shirakawa, a rare monster politician, could not have been born.

In the world the Emperor Go-sanjo is the person I want you to know.