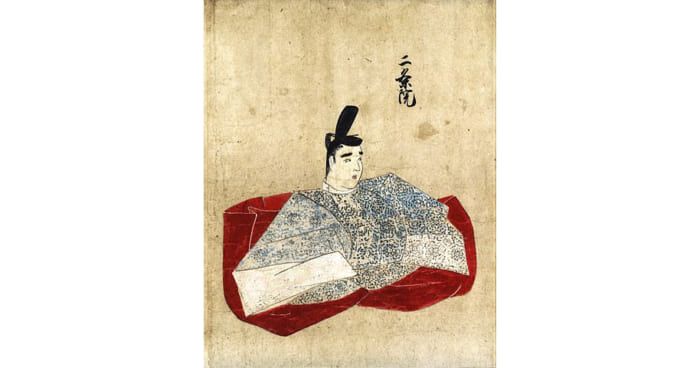 This emperor is the son of a monster politician Emperor Go-shirakawa. He was a frank man with a true opposite character from his father.

It was not supposed to be an emperor

Prince Morihito, the first prince of Prince Masahito (later of the Emperor Go-shirakawa), is 9 years old and can be put into Ninna-ji Temple because his father was excluded from the succession to the throne early. Originally it was supposed to be a monk and stay life as it is.

However, since the father became emperor unexpectedly, he will return to the royal prince and become the prince.

He was brought up as an adopted child of Bifuku-mon-in as soon as he was born. Bifuku-mon-in was the most beloved wife of Pope Toba. Pope Toba is Grandfather of Prince Morihito. It may be the reason it could return.

Four years after becoming a prince, this time he will serve the Emperor at the age of sixteen by the political judgment of his father.

Pope Toba is most hoped to make Prince Morihito the adopted child of Bifuku-mon-in the emperor, and it is told that the father, Prince Masahito, made the imperial throne to the emperor in order to connect it.

When the Emperor Nijo served, Pope Toba had already died, so Emperor Go-shirakawa could have ignored, but he kept that promise.

I think that Emperor Go-shirakawa became Joko and had the merit of starting Insei, so he obviously obeyed obediently.

It clearly shows the fighting attitude with father

They said that "The intent of Pope Toba was supposed to be politics centered on Emperor Nijo !!" and conflicts with Insei at Go-shirakawa-in.

Emperor Nijo is an honest personality, and it was the opposite of Go-shirakawa-in which has a funny character. This was also the cause of conflict.

The badness between parents and children was known to the public

It seems that the badness among this parent and child was known to the public even then.

In the diary of Kanezane Kujo who served as Sesshou and Kanpaku as the founder of the Kujo family of leading aristocrats, "Gyokuyo" is written that "Emperor is wise wise, but the place not to be filial to his father is missing".

Although Emperor Nijo won the battle, he loses power struggle

"Heiji no ran" broke out the following year in the throne. The detailed content will be posted to "Heiji no ran", but the Emperor Nijo Gr will win Go-shirakawa-in Gr the war.

However, political struggle such as postwar processing quickly began to concentrate power in Go-shirakawa-in.

In the second year of throne, Emperor Nijo was placed under the Insei of Go-shirakawa-in, and the dream of the emperor-centered politics was completely cut off.
In "Heiji no ran", despite being an emperor, there is also a melancholy that is confined to the Imperial Palace by Nobuyori Fujiwara, Yoshitomo Minamoto-no.

And I also experienced a escape play to Rokuhara. In the picture scroll "Heiji-monogatari-emaki", it is written that the Emperor disguised as a girl in this time and escaped aboard a cow car.

Go-shirakawa-in seemed to have wished for the participation of Emperor Nijo, and he cried with tears in his eyes with sorrow and said he was mourning "with what kind of grudge ...".

That monster, a person is an unexpected aspect of Go-shirakawa-in which seems to betray easily. Go-shirakawa-in is also one father.
In 1165 of the following year, Emperor Nijo handed over the throne to his son (later Emperor Rokujo) due to illness and died the same year. He was 23 years old.