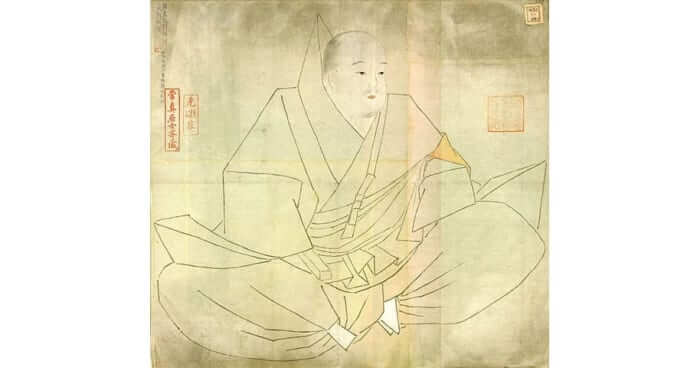 He is a man who established the emperor-centered political system called Insei.

This man is like a monster who reigned for over 40 years, demonstrating power after retiring the Emperor.

Emperor Shirakawa was steep when he became the Emperor and resigned

Emperor Shirakawa was frantically employed when he was young, because his father's Emperor Shosojo was spared out by Kanpaku Yorimichi Fujiwara.

However, this father will abdicate in the four and a half years. It was the 20 years old Emperor Shirakawa who took over it.

The father died the following year. Emperor Shirakawa decided to inherit the big work from his father in the process of reform.

Emperor Shirakawa also abdents with 15 years of age. The way of abdication was very steep.

Why did such a thing? There is a power struggle concerning who will hold the real power of politics.

Political system at the time

Sesshou is an agent of the emperor's political power execution. There is a famous Prince Shotoku in Japan.

In this era, however, the royal family did not serve Sesshou. Instead, Fujiwara clan is supposed to serve.

Is Kanpaku like a manager who manages people below the Left Minister（Sa-daijin） who enforces the administration?

Also, I will continue with Left Minister, Right Minister（U-daijin） ... etc. The left minister is like a prime minister now.

Since Sesshou and Kanpaku are the upper rank of the Minister of the left, they were unreachable. In these offices, there were many aristocrats around the Emperor, mainly Fujiwara clan, and they were in charge of circling around with people of the Fujiwara clan.

Emperor was not only to rely on Fujiwara clan as a politician but was only to be brought to aristocrat surroundings.

In the meantime, was the Emperor just falling into a puppet?

Was the Emperor silent looking at this situation?

Some of the emperors so far do not make it good, some people are challenging to be able to politely with their own hands.

By the way, the last name when they become civilians is many Minamoto. Genji who becomes a samurai later and will establish a samurai government in later years is one of them.

However, it was impossible to create forces that exceeded Fujiwara clan.

Insei is to take over the Emperor as early as next generation to Joko, saying to do politics in a free position. Why did you create such a system?

As I said before, the Emperor as a politician has no colleagues. The Emperor can not do anything.

At this time, Sekkan politics in the center of the Fujiwara clan were corrupt, so there was a trend to return to politics centered on the Emperor. That's why Insei was created.

The samurai of that time was only the existence of a lower organization that is responsible for the defense of nobility.

In rural areas, there were samurai groups that organized vigilante groups and began to have power in their respective lands, but there were no samurai as a political force.

It is about existence to show off power only in the local area. It is not enough to move society.

There is a person who greatly raised the position to only show off its power. That is Emperor Shirakawa. The Shirakawa-in which had become Joko made a full-fledged organization for his escort.

It is called "south samurai（Hokumen-no-bushi）" because it is based on the north side of the Imperial Palace of Shirakawa-in. Among the northern samurai, there were fathers and grandfathers of Kiyomori Taira-no. Also, father and grandfather of Yoritomo Minamoto-no participate.

Kiyomori Taira-no and Yoritomo Minamoto-no will be samurai enough to make a samurai government later.

The hero who made the world of later samurai was a superstar group of samurai who gathered together. This was also the result of incorporating samurai of emerging power to counter Fujiwara clan.

In the sense that the existence of samurai has been raised socially, Shirakawa-in is probably the birth parent of samurai. If this person was not there, the samurai was only to show off the power.

It is absolutely necessary to take a long time to build a new system in order to completely suppress the old power.

Tokugawa government continued for a long time, Ieyasu Tokugawa longevity to have lots of time to build a new system is great.

Ieyasu Tokugawa is a person who made a samurai regime that will last for 250 years.

Shirakawa-in also lives long. In Shirakawa-in 's Insei era, there are three people who were Emperor.

Grandson: Emperor Sutoku (the first 6 years out of duration 19 years)

Shirakawa-in has been a political center as Joko for 42 years. Including the 15 years of the Emperor era, he continued to be Japan's top for 57 years.

The emperor who has such a long political career has no case until the era of the Showa era. By the way, Emperor Showa (1926 - 1989) continued to be the top in 69 years since becoming Sesshou at the age of 20.

Shirakawa-in has succeeded in eliminating the power as a political power of Sesshou, Kanpaku by spending much time this long.

Since then, Kanpaku continues to exist as a position, but except for Hideyoshi Toyotomi, he never held overwhelming power of politeness again.

Hideyoshi Toyotomi is a samurai who finished the era when Japanese samurai 's fight continues.

Sesshou is in a state similar to Kanpaku until 1921 when Emperor Showa took office as Sesshou in the Crown Prince.

In the Insei era decades later, the Insei system and the samurai system of the grown samurai will now be in conflict and we will start fighting each other.

I feel the irony of history where Insei for making politics centering on the emperor became the foundation to create a samurai society as a result.

Did you shorten Insei's lifespan because of girlfriend?

In the world I say "Who loves not wine,women and song he is a fool his whole life.", but Shirakawa-in also was a person who took actions in this word. It is famous that it was a considerable woman.

Kiyomori Taira-no is a son of the Shirakawa-in in the famous rumor story, and the emperor Sutoku of the great grandchild actually has a story that it is a child of Shirakawa-in.

The Shirakawade 's grandson' s Toba-in had coldly called Emperor Sutoku as "uncle and child（Oji-go）". Oji-go means "You are not my child, it really is my uncle".

Emperor Sutoku's mother is Shoushi Fujiwara, but she has been living with Shirakawa-in since he was a child. Therefore, it seems that the Toba-in thought that her grandfather was pressed.
(True or false is unknown, only the person himself knows.)

Parent - child relationship jigashi is also the cause of the great turbulence called "Hougen no ran", Sutoku-in becomes distributed to Sanuki and achieves death by inoperation.

In addition, the strength of the samurai will be further strengthened by this battle, gradually shifting to the samurai era.