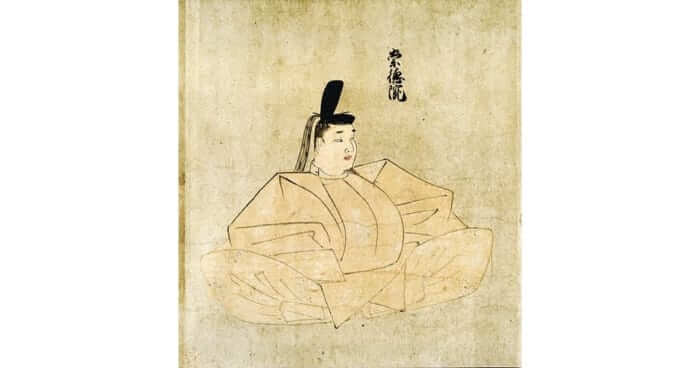 It is a miserable Emperor who is hated by his father from the time he was born and is deprived of everything. The end will become a great evil spirit and will begin to fight.

Life may have been decided from the time of birth

Emperor Sutoku is troubles from the circumstances of birth.

His father is the 74th Emperor Toba, but in fact the Shirakawa-in who is supposed to be a grandpa man is a true father. This was, as it were, a open secret.

His father's Emperor Toba also thought like that, and I will coldly thank Emperor Sutoku from time to time.

Emperor Sutoku thrills at the age of five. It was good while Shirakawa-in was alive, but the situation changed completely after the Shirakawa-in death.

Emperor Sutoku who lost the back shield, and Toba-in had been peacefully like each other for about 10 years. However, Toba-in begins counterattacks.

To start with that, he makes the son of Bifuku-mon-in (Tokushi) who is loving, the prince. After Emperor Konoe, this time only three months after birth.

With this, Toba-in carried out the successor seal of Emperor Sutoku. And he will press down on Emperor Sutoku to abdicate. Toba-in wanted the son who was born by his loving Bifuku-mon-in to be adorable to the Emperor.

Emperor Sutoku abdicated at the age of 23, succeeded the Emperor to a younger brother who was older than his parents, and became Joko. Emperor Konoe throngs at the age of three.

With this, the position of Sutoku-in has gone away. The Guardian of Emperor Konoe is the father, Toba-in, of course, the main character of Insei is Toba-in.

There is no turning point of Sutoku-in. Sutoku-in was taken away from the real power of politics by Toba-in.

Opportunities for resurrection come to Sutoku-in

As it was, if the administration of Toba-in and Emperor Konoe continued, it probably was going smoothly and peacefully. There may not have been Sutoku-in's turn forever.

But here, opportunity for revival comes out to Sutoku-in. Emperor Konoe will die at the age of 17. Besides, there was no child in Emperor Konoe.

At this time, Sutoku-in is 37 years old, too young for retiring. Sutoku-in has not lost his motivation yet. Whether Sutoku-in himself once again throne to the Emperor, he tries to make his son Emperor.

However, this was not allowed by Toba-in.

Opportunities for the resurrection of Sutoku-in was completely destroyed

The Toba-in who heard it threw the Prince Masahito (later Emperor Go-Shirakawa) to the Emperor. And he made Prince Yasuhito's son the prince.

Prince Masahito is the younger brother eight years younger, whose mother is the same as Sutoku-in.

Naturally it will be so if Sutoku-in is told to hear opinions of either disgusting Sutoku-in and what Bifuku-mon-in he loves.

Still, Sutoku-in does not want an unreasonable resurrection.

There are reasons for that. First of all, Prince Masahito has no experience of the prince.

Prince Masahito is the older brother of Emperor Konoyu, 12 years older. At that time, there was already a custom that Lineage of the eldest son was given preference over succession to the throne. When the throne moved to his younger brother, Prince Masahito has been removed from the succession battle.

When the Emperor Konoe made and died not have children, candidate of the successor will be two people.

One is Sutoku-in. He has experiences of the Emperor and age is still young and has never been removed from the line of succession to the throne. Another person is Prince Masahito.

It can be felt that Sutoku-in himself may have a winner when comparing these two people.

Actually, it is impossible to return a person who is removed from the line of succession to the throne, as long as there is nothing extraordinary. The other thing is that there is no one who will become an emperor.

At this time, there is Sutoku-in which is still young, 37 years old, and that son also. There is the impression that Toba-in had been forced to go to the imperial prince of Prince Masahito.

At the same time, it makes sense to have the son of Emperor Go-shirakawa as the crown prince. This means that the line of succession to the throne has been completely made into Go-shirakawa.

The purpose of Toba-in was to change the forced line of succession to this throne. Sutoku-in is trying to respond to this brute force method with brute force.

Sutoku-in planned a coup attempt to fight in a brute force manner, and the next day when Toba-in died, he will lead a samurai such as Tadamasa Taira-no and Tameyoshi Minamoto-no.

This is the great war called "Hougen no ran".

"Hougen no ran" is a real "battle to divide Japan"

In addition, the samurai who was becoming increasingly presence at this time is divided into Sutoku-in and Emperor Go-shirakawa respectively.

How to divide samurai is interesting

How to divide samurai at this time is funny. The same family does not become one, it is divided into Sutoku-in and Emperor Go-shirakawa respectively.

Moreover, it was not distant relatives, parents, brothers, cousins and so on divided. I think that such complexity is the reason why the details of "Hougen no ran" are not well known.

In truth, "Hougen no ran" is a bigger conflict of scale than the Sekigahara fight.

By the way, this fight is also entered by Kiyomori Taira-no and father of Yoritomo Minamoto-no.

In the later years, Kiyomori Taira-no and Yoritomo Minamoto-no will have a fierce confrontation. At this time both of us participated in the Emperor Go-shirakawa. Previously it was a friend.

Toba-in seemed to have anticipated this fight, and from a long time ago Hei-shi and Gen-ji were gathered to order security of his residence. In addition, he ordered the samurai to assist the Emperor Go-shirakawa afterwards after his death.

Coup d'etat failed so much. After waiting, Sutoku-in shrine retreats to the samurai of Emperor Go-shirakawa, on the contrary under surprise attack.

Apart from Kyoto, Sanuki becomes an Buddhist and enthusiastically begins sutras in order to dedicate and reflect on the war dead.
And he wishes that this sutra be put in a temple and presents it to the capital.

On the contrary Emperor Go-shirakawa suspects that "curses are put in." And he will repel the sutra.

The angry Sanuki-in chewed his tongue strongly for himself, and wrote it in the sharp-edged sutra that the blood "becomes a great evil spirit and will overthrow Japan."
And he threw away the sutra into the sea.

Since then, the Sanuki-in continues to grow nails and hair, transforming into a devilish appearance. And died at the age of 46.
It says that the cremation smoke rushed toward the capital.

After that, unfortunate events occurred in Kyoto, such as the great war of "Heiji no ran". People rumor that it is a curse of the Sanuki-in.

The story written in the late Edo period, about 600 years later, in the "Shiramine" chapter of "Uzuki-Monogatari", there is written how the Sanuki-in puts a word of curse toward the capital.

It will be an impression that is impressive enough to want to talk even after 600 years.

When the Meiji Empress throne, he sent messengers to the Sanuki and brought the spirit of Sutoku-in's to Kyoto. Then we founded Shiramine Shrine and worshiped Sutoku-in there.

Emperor Meiji is the first emperor in Japan that modernized.

Emperor Meiji may have read "Uzuki-Monogatari", too. After reading it, he would have thought that he wanted to calm down the anger of Sutoku-in in his own hands.

Listening to these things, stories like old-fashioned stories and Japanese fairy tales become more like a real world. I think that the connection of history is amazing.

In this story of Sutoku-in, there is one characteristic of Japanese behavior towards dead people.

In fact, Japanese have a custom of enshrining dead people in shrines, even if they do not become evil spirits. This is an act of expressing gratitude to Japanese people for their ancestors.

Thanks to angry ancestors for appreciating their anger, in other cases, simply expressing gratitude for enshrining at the shrine.

This is called Japanese Kami-sama. What you want to know here is that Kami-sama is not God. Not limited to Japanese, most people are misunderstanding this. Even Japanese people translate Kami-sama into God in English.

In this state, people of Christianity and Muslims will absolutely forgive. And the Japanese are insulting Christian and Muslim people without knowing it.

This is unfortunate for each other. You will need to correctly tell the true meaning of Kami-sama Japanese people say.

For Japanese people Kami-sama is not only this, but the spirit of a deceased person. The Japanese respect them as sometimes fearing, sometimes watching over this spirit.

The act of Japanese visiting the shrine seems to be the same as the act of Christian people praying at the church, but the meaning is totally different.

So it is not an act that Christianity and Muslim people can not visit in Japanese shrines at all. Rather, the Japanese are very much appreciative of people from other countries to visit.

In fact Sutoku-in has a talent for art

The song that Sutoku-in wrote was selected as Hyakunin-isshu.
Hyakunin-isshu is a collection of poetry collections of old Japanese poetry that is excellent in Japan.

Sutoku-in's poetry is a love poetry, a gentle poem opposite to the impression of the great evil spirit.

If it had not been eliminated by father or brother, there might have been a different life. It is the same as the father's Toba-in, but in the end it was a life that was merciless at Shirakawa-in.