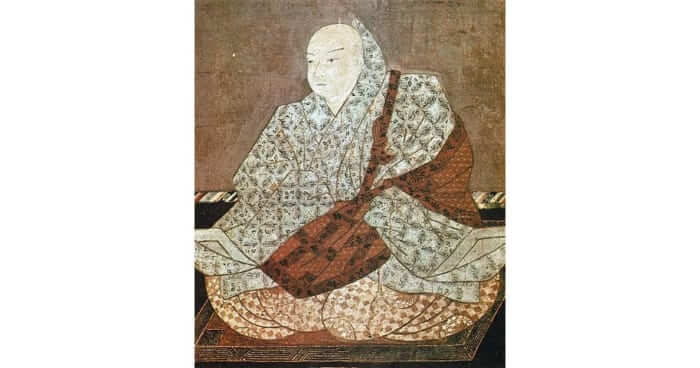 It is the grandson of a monster politician Emperor Shirakawa, who likewise laid the political system called Insei.

Emperor Toba hated and eliminated his son due to inferiority complex to Emperor Shirakawa. This will cause a great disturbance bisecting Japan.

Originally hidden behind Shirakawa-in by Insei

Emperor Toba grew up being taken over by his grandfather Shirakawa-in because his mother died as soon as he was born. As his father passed away at the age of five, he reigned to the Emperor.

Shirakawa-in is the name of Emperor Shirakawa after retiring from the Emperor.

Because he was too young, the real power of politics was at his grandfather Shirakawa-in. In addition, Insei of Shirakawa-in becomes solid.

He was pressed on for grandfather's girlfriend

Emperor Toba will welcome Shoushi as a concubine at the age of fifteen, depending on the intention of Shirakawa-in. The following year, Shoushi becomes the Empress.

This Shoushi has a big scandal. She is deposited with Shirakawa-in early childhood and becomes an adore.

And she was already a lover of Shirakawa-in since she was an adorable girl, and that relationship has been continuing even after marrying to Emperor Toba.

The real truth is that only two of the parties can understand. But the other party (the victim?) Emperor Toba thought so. It appears in his subsequent actions.

Is my son really uncle?

Next Emperor Sutoku is born with this Empress, but Emperor Toba coldly sins this son. He called his son "Oji-go".

Oji-go means that a uncle and a child. In other words, it is ironic that puts in the meaning "you are not my child, really my uncle."

Besides, at the age of 21, Shirakawa-in is intensely intented to give up the position of the Emperor to that Oji-go.

Did Shirakawa-in want to make a grandchild (really my son?) An emperor by all means? The Emperor Toba can not compete with this, the next Emperor Sutoku will lead.

Even if Emperor Toba abdicated, it is said that strange triangular love was continued.

Such an environment becomes crazy

The situation where the Toba-in was placed is an environment that anyone will break the spirit. Toba-in is the name of Emperor Toba who abdicated the Emperor.

Toba-in could not do anything with my will at home or at work. Actually, behavior that deviated from common sense is conspicuous in the behavior of Toba-in.

After Shirakawa-in passed away in 1129, it will escalate intensely. Ironically the behavior is similar to Shirakawa-in.

Toba-in sometimes displayed his intention by stealing the eyes of Shirakawa-in.

While he was 18, while Shirakawa-in left Kyoto and went to Kumano for pilgrimage, he took Taishi, the daughter of Tadazane Fujiwara who served as Sesshou and Kanpaku.

This behavior makes the Shirakawa-in rage infatuated, Tadazane Fujiwara can stop the job of Kanpaku. This Taishi was promoted to the Empress in 1134 after the death of Shirakawa-in.

Also, he will start to move away from Shoushi who is Shirakawa-in 's girlfriend. Then, he pulls Tokushi of Nagazane Fujiwara's daughter and then promotes him to the Empress.

Toba-in will become the most loving Tokushi. He has now three empresses.

Having more than one wife is not uncommon at that time. Rather it was common sense. The fact that Toba-in is abnormal is in promoting the status of the Princess to the Empress.

This makes the succession of the throne unstable. Restricting the Empress to one is because it has a function to clarify and stabilize the order of succession to the throne. It is strange that there should be no conflict when there are three people in the same position.

Joko is the emperor who abdicated.

Toba-in is a person who acts exactly like Shirakawa-in, but I think there is a definite difference from Shirakawa-in.

Shirakawa-in fulfills my desires, but I think there is political calculation there. He will not thrust into a politically disadvantageous position because of his desire.

Toba-in seems to be giving priority to his desire even if the area is politically disadvantageous. There may be a difference between Shirakawa-in who was moving with my own will and Toba-in what moved by hitting energy coming from inferiority sense.

In a sense, the behavior of Toba-in is bound to the Shirakawa-in in a considerable part with a chain of inferiority complex.

After the death of Shirakawa-in, it starts to appear on the front stage of politics suddenly

When Shirakawa-in was in there is a Toba-in where there was almost no presence, but Shirakawa-in begins to express its presence rapidly after death.

It is the father of Empress Taishi of Toba-in and recalls Tadazane Fujiwara who was made fired from Shirakawa-in. And he will heavily depend on Tadazane's son Yorinaga.

Force the Emperor to abdicate

Toba-in will forcibly abdicate to the Emperor Sutoku to forcibly become the emperor the royal prince (Emperor Konoe later) that Tokushi who is the most favorite had born.

At this time he is 37 years old. I guess he had a feeling that he could still do as a politician. However, this wish was not approved by Toba-in.

By the way, for this younger brother seems to have been convinced that Toba-in is his own child.
(When the Emperor Shirakawa was born Shirakawa-in is 75 years old, is this elderly reason?)

At this time Emperor Go-shirakawa is 29 years old. At this point the life as politician of Sutoku-in was completely cut off.

For Sutoku-in, there is no difference so much that he can control his younger brother, who is not parents and young, eight years old a year. First of all, Sutoku-in's own way was cut off.

This means that not only Sutoku-in himself, but also the way of his sons are closed. In this way, Toba-in completely eliminates Sutoku-in which He did not like from the beginning.

The discontent of Sutoku-in bursts and explodes the plan of the coup. To this, samurai who already had an increasing presence has been divided into two categories: Sutoku-in, Toba-in and Emperor Go-shirakawa.

In addition, internal disputes of influential aristocrats are added and divided into two categories: Sutoku-in, Toba-in and Emperor Go-shirakawa.

Joko and Emperor, aristocrat, samurai, all the political forces of the time will be developed into a big battle divided into two.

This is "Hougen no ran".

Toba-in had expected to become a great war

It seems that Toba-in had anticipated it before Sutoku-in planned a coup. Heishi, Genji are gathered to order security of their own imperial place.

Heishi, Genji are powerful samurai of those days.

But the evening before the outbreak of the war, Toba-in who made the chase of the great turbulence dies. It was an emperor who left a big negative heritage at the end of the last.

Emperor's term of death is 17 years, but Toba-in has finished the long-term administration which went Insei for 34 years since abandoning the Emperor.

Did you really want to love Sutoku-in?

As far as I can see, Toba-in is one episode because it seems to be just bullying Sutoku-in.

Smallpox became popular in 1143, and Sutoku-in also suffered smallpox. At that time, there is a story that Toba-in went to visit to Sutoku-in.

People of those days do not know scientifically about smallpox, but it seems that some people at the time felt that it was contagious.

Still it went to visit. In reality, I wonder if Toba-in wanted to consider Sutoku-in as his son? Here is the complex feeling of Toba-in.