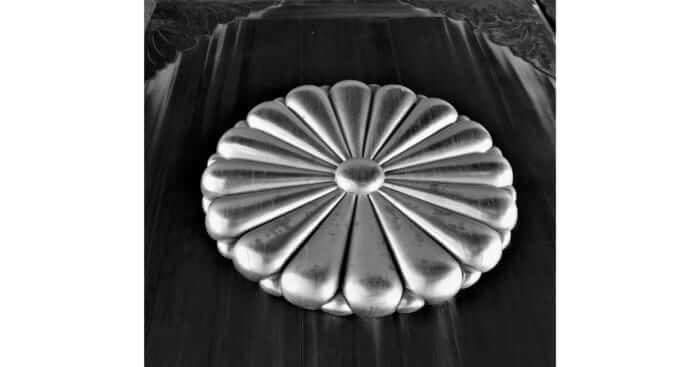 Japan has counted from the first generation Emperor of the 125's has existed.

There were emperors with various individualities such as assassinated people, obviously mentally disturbing people, empress, people who become emperor twice.

If you look at them one by one, you can learn about the history of Japan.

Every time I write an article I will attach a link to the name of the Emperor. There are as many as 125 emperors, so I do not know when it will end.

Emperor passed down in tradition

There is no confirmation as history, real existence is not guaranteed.
Modern we can know by compiling the legend by oral tradition into an old document called "Nihon Shoki" or "Kojiki".

The contents of "Nihon Shoki" and "Kojiki" contain customs unique to the times that were made, and it is pointed out that the episodes of the old age include creator and mistakes of compilers.

It is an era that is appealing as the evaluation of facts changes as history and archeology progresses.

The kings of Yamato

It is said that Emperor Sujin existed from the research results of archeology and history.
Emperor Sujin may be a real emperor.

Also from around this time is the so-called Kofun period. There are various opinions as to when the construction of the ancient tomb has started, so it will be called "so-called".

From around this era, gradually we will head towards the establishment of a centralized state by Yamato.
Also, from Emperor Oujin to Emperor Yuryaku it is said to be the Emperor who falls under the "five kings of Wa", but it is not definite.

The Emperor is absent from the year 201 AD to 269. It was Empress Jingu who served as a leader for about 70 years.
In the past Empress Jingu was counted as the 15th Emperor, but in October 1926 it was excluded from successive emperors as official view.

Crisis of discontinuation of succession to the throne

The direct inheritance that has been continued from Emperor Buretsu of the first generation Emperor Jinmu will cease.
Actually there is a theory that change of dynasty occurred here, but it does not go beyond one area in the theory.

Beginning of direct inheritance continuing to the present

Emperor Keitai did not even live in the capital when throne. He lived in Fukui prefecture now, so he will move to the capital over 19 years.

I can not imagine saying that in the 5 th generation, if you imagine that the famous samurai Masakado Tairano moved to the capital and become an emperor, you can see how much Emperor Buretsu was away from the direct line.

Direct inheritance from Emperor Keitai continues to the current Emperor.

Emperor Keitai is a different line from the line that continued from the first generation, and there is still a debate that the change of dynasty happened.
However, it is the official opinion that the succession to the throne continues from the beginning to the present.

The beginning of "Emperor's history "

Before Emperor Sushun, the older the age gets older, the more the emperor's birth and death, the year of serfence will not be clear.

This is because the year that years back 1260 from Emperor Suiko's era is the year when the first generation Emperor Jinmu crowned (660 BC).
For that reason, it is because there is a strong theory that Emperor Age before Emperor Sujin was decided by calculating from this figure.

It should be remarkable that more than half are female emperors should not be forgotten.

The beginning of the Sekkan politics. Emperor leaves from political power

Sekkan politics begins with the fact that childhood Emperor Seiwa has throne and that the non-royalty became regent.
The era begins when the emperor departs from political power from here like it is natural.

To be exact, Emperor Go-sanjo has not done "Insei" as Joko.
However, "Insei" became possible only after the political reform of Emperor Go-sanjo. From this, he will be the creator of "Insei".

The samurai regime begins. About 800 years, the Emperor keeps getting away from political power.

To be precise, the Kamakura period began in 1192 and comes from Emperor Go-toba.
However, at this point Kamakura Samurai did not grasp the whole of Japan. It is after the civil war called "Jokyu no ran" in 1121 which took full control.

Here, after the "Jokyu no ran", called the Kamakura era from the era of Emperor Go-horikawa which took the lead under the initiative of the Kamakura Shogunate.

Emperor Go-daigo loses to the Muromachi shogunate, the court is confused and divided into two, and there are two emperors at the same time it is an unusual situation.

The fiscal budget fails and rituals can not be done. The whole of Japan is confused.

With the largest civil warfare "Ounin no ran", the security of Japan becomes overwhelmingly unstable and the war comes into constant era.

This era is the most difficult times for the court. Because each samurai ruled the territory in each place, the tax will not be gathered stably to the Emperor, and the fiscal situation will be broken.

It was such an important ritual could not be done. This pains will continue until a major samurai, Nobunaga Oda, starts supporting.

The Tokugawa shogunate is completely pressed down, but the presence gradually increases

This energy is the power of modernization in Japan.

The existence of the Emperor is incompatible with modern thought. Japan got to "symbol of national integration" as its answer.

I do not know if this answer is correct or not. This question is an issue that Japanese people will keep thinking forever.