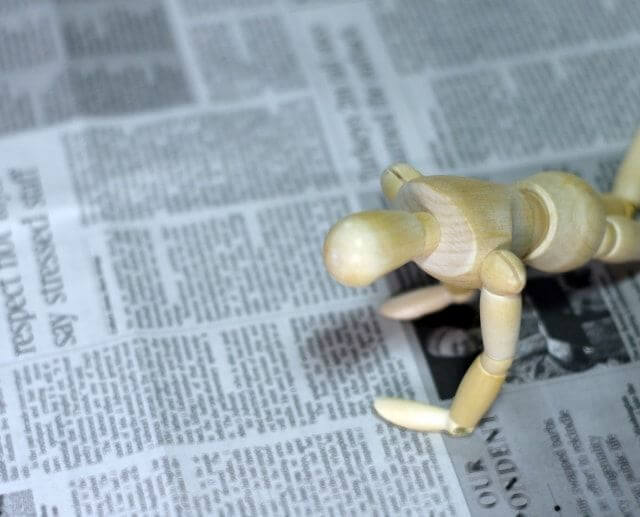 However, its top leader will continue to sit in the prime minister wholly at least as ugly.

Will the Japanese people endorse those who do not want to work for the benefit of the people?

Prime Minister Abe 's approval rating before the change of ministerial members was less than 30%.

It has recovered to the 40% level after changing ministerial members.

Why will the popularity rate regain so much only by changing members of the cabinet members?

Even though Prime Minister Abe is known to Japan, it is never a person who works for the Japanese people.

This is the only motivation for his work.

He only wants how long his regime will be held.

He is thinking only as much as he can to the maximum as his friends benefit.

It is clear if you see his behavior so far.

This motivation comes from the bottom of his heart.

He can not control himself as well.

It does not change as a result of changing ministerial members.

Is not the Japanese people really aware of this?

Where did the adhesion problem of the school corporation Kake - Gakuen go?

It seems that the effect of the dinner party with the daily media executives has come out.

Currently, there is no news report on Kake Gakuen.

Conflict of the opposition Democratic Party is treated more widely.

Does Prime Minister or his friend do not notice other people thinking they are feeling bad?

It is not a criticism or opinion difference.

It is becoming physiologically unacceptable.

This phenomenon is a terrible situation that I do not see examples in the past.

Were they in the past? The Prime Minister who continues to insult the Japanese emperor like him

On August 8, 2016, the Japanese Emperor issued an unusual message to the people.

Looking at the contents of the title, they do not understand the mother tongue at the junior high school level.

It is the title of the opposite content of Emperor 's message.

The Emperor has not said a word that he would like to quit the Emperor because the public service is serious.

He says he wants to hand over to the crown prince because he does not have physical strength to continue his great public affairs.

If they can not understand this, I think they want them to quit the Japanese.

Let's put them on a simple rocket.

And let's firing towards Mars.

Is Prime Minister Abe able to make decent diplomacy with this language ability?

Even though he does not even understand his mother tongue.

Although it is not much news, there is a dinner hosted by the Emperor who is invited by government officials to be held at the end of the year every year.

The Emperor, the head of state, is like a year-end party that celebrates the ministerial officials.

This was canceled in 2016 because of the poor physical condition of the Emperor.

The Mainichi Newspaper also provides information that the Emperor is discouraged about the results of this expert opinion council.

It can be concluded that Prime Minister Abe has completely lost the trust of the Emperor.

Can you trust anyone insulting you?

I can not trust. I do not want to meet again.

Still my heart hurts to the situation where the emperor has to be involved.

The source of this action by the Prime Minister is that his idea of enthusiastic supporters is different from that of the Emperor.

The attitude towards the Emperor as a position of Prime Minister is lazy.

Rather than that, he cherishes only his supporters with the highest priority.

The offensive odor from Prime Minister is released to the world.

The essence is the same as Moritomo Gakuen 's problem or Kake Gakuen' s problem.

Taiga drama is a history drama of Japan that has been broadcasting in Japan for more than half a century.

One drama will be broadcasted throughout the year.

Until now, the great character of Japanese history has been chosen as the main character.

The main character at this time is Miwa Katori.

Her older brother is Shoin Yoshida.

His husband was Genzui Kusaka.

However, her hero is not a great man of history either.

Even among Japanese Who are you?

I do not know.

It is a person who wants to say.

Up to now 56 works have been broadcast, but there is never such a thing.

Why did this happen?

That is, Choshu, the stage for the drama, is the local authority of Prime Minister Abe.

Prime Minister Abe 's yes - man also spreads to TV broadcasting stations and has a great influence on the content of the drama.

To that proof, those who were president of NHK at this time are the ones who made the same remarks as those who support Prime Minister Abe.

It was already settled by Prime Minister Abe 's local drama, and it seems that this state has come down because the hero can not be found quite easily.

NHK is a broadcasting station like the British BBC.

I did not think this kind of thing would happen at NHK.

Of course the quality of this drama was the lowest level.

A Japanese world heritage registered in 2015.

Its name is "Industrial Revolution Heritage of Meiji Japan".

This is the castle town of Hagi, Shouka-Son-Juku.

Shouka-Son-Juku is a school opened by Mr. Yoshida.

Clearly, it is almost irrelevant to the Japanese industrial revolution.

This level of heritage is a substitute that looks anywhere in Japan.

Actually this yes-man, I commit a serious sin.

After the Meiji Industrial Revolution, a large amount of migrant workers migrated from the Korean Peninsula to Gunkan-Island in Nagasaki.

This Gunkan-Island is also included in the World Heritage site.

In the wording of this explanation of Gunkan-Island, explanation is added as if fact that bringing slaves from the Korean Peninsula is true.

There is a possibility that some people who flowed in a large amount may have been taken in by being cheated.

However, there is no evidence that everything was so.

The Japanese government has recognized this as an established fact.

We are communicating to the world that Japan's industrial revolution has been accomplished using slaves.

This insults people who lived all along in the turbulent Meiji era.

Only Prime Minister Abe and his colleagues were delighted and resulted in unduly lowering the value of Japan unfairly.

Do Japanese citizens still support Prime Minister Abe who will corrupt Japan in units of 1 minute or 1 second?

As long as Prime Minister Abe keeps the prime minister, Japan is going to let go of the hardships that Japan has accumulated so far easily.

Can Japanese people keep silent looking at this situation?

Now in Japan, things that should not happen as democracy, liberalism nation are taking place as normal.

The Tokyo Olympic Games will be held in 2020.

I absolutely dislike to make him appear on that stage as a Japanese citizen.

It is a sports festival that will spread the stench from Japan to the rest of the world.

It was a sad heart cry from one Japanese citizen.