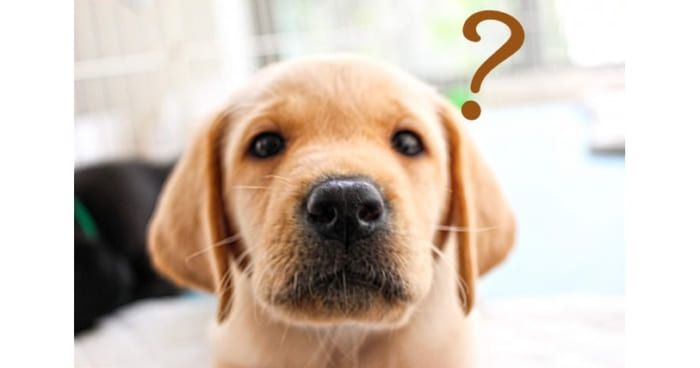 There is no absolute god in Japan like Christianity and Muslim. There is no God who tells the criteria for the Japanese view of religion and morals.

Kegare writes "穢れ". It is not familiar enough that even Japanese can not read it. And it is the same as "dirty" and different. "Kegare" also includes "dirty".

That's it Kegare is proof that it is the basis of the Japanese soul.

Kegare is a unique sensibility of the Japanese,

Some visibly disgusting things, others are invisible, so there are some frightening things. In addition, the behavior of human beings bringing disasters is sometimes called "Kegare".

All that disturbs the Japanese is "Kegare". Too much examples are too many tough, so I will introduce only a little.

Kegare has no clear criteria. Even Japanese people do not understand.

This is a difficult part of how Japanese get to know each other. And it is a place where the Japanese can not understand.

Who sets the standards for Kegare?

It is not someone's decision to decide whether it is Kegare or not. What I am deciding is "opinion of group of Japanese people". This is because Japanese people believe in polytheism and they do not have one and only God.

Because it is the opinion of the group of Japanese, there is absolutely nothing. It is greatly affected by the sensitivity of people in the group.

From people in countries other than Japan, Japanese will seem to change opinions quickly. Also, the Japanese should not seem to have their own opinion. This is because "Kegare" is based on Japanese morality and religion.

Kegare's thought is influenced by the origins of the Japanese people

The thought of Kegare is greatly influenced by the origins of the Japanese people. The Japanese lived in a small village from about the 131 th century BC. Among them, in order to live a stable life without conflict, people at the time value "group opinion" to judge things.

Since Japan has limited places to move in an island country in the Far East, when a dispute occurs, it will collapse each other. In order to guarantee a stable life, "reconciliation" and "group opinion" would have been necessary.

By about the 6th century AD, forces that dominate rice cultivation in one small group will establish a centralized government around Nara. It is "Yamato kingship."

This Yamato kingdom is the prototype of Japan. People living in group living in the eastmost islands of the east of the Eurasian Continent became "Wa-man（倭人）". Soon, some of Wa-man will become Japanese.

In the era of Yamato kingdom, The "opinion of group" of the Japanese becomes "opinion of Yamato kingship". While summarizing the country, the kingship has conquered the people outside of the kingdom by calling it "Iteki（夷狄）" or "Emishi（蝦夷）". And we absorb "conquered people" and update "group opinion".

"Iteki" and "Emishi" mean savage barbarians. The meaning of contempt is included in letters.

This "savage barbarian" is a "people who treats the blood" because it carries out hunting regardless of rice cultivation. So these people were called "Kegare".

Misogi writes "禊". Misogi is an act of washing Kegare and cleaning it.

Like Kegare, there is not familiarity that even Japanese can not read. And there are not many Japanese who can explain Misogi. But Japanese people know the meaning by sensation.

Misogi has no fixed action. It sometimes keeps praying to the gods and sometimes continues to apologize. It was sometimes a shaved head until a while ago.

In Christianity we pray for God to forgive, but Japanese Misogi is "It is important for people around you to recognize
" . Kegare and Misogi are the basis of Japanese morality and religion, but it does not leave a good bad behavior to a particular god. "Group opinion" is absolute.

A representative Japanese god was born in Misogi

What Japanese people were born with Kegare and Misogi's ideas is written in "Kojiki", one of the oldest historical books and stories in Japan.

"Kojiki" is written as "古事記", meaning that old things were written.

Japanese think that God and man are parent-child relationship, relationship between ancestors and descendants. This is unique sensibility in Japan.

So, there are many gods in Japan. Because it is a god and an ancestor.

The birth myth of Amaterasu-Omi-Kami is as follows.

Japan's islands were born as children of this couple, and many gods were born.

When Izanami gave birth to the god of fire it suffered a big burn. And it died as it was.

Izanaki who became one heads to the world after death looking for his wife. But he could not bring his wife back.

Izanaki who returned to this world purifies his body with the water of the pond.

When washing the left eye Amaterasu-Omi-Kami (ruler of the heavenly world) was born.

When washing the right eye Tsukiyomi-no-mikoto (ruler of the night world) was born.

When washing the nose Susano-no-mikoto (ruler of the underground world) was born.

As you can see, Kegare and Misogi already existed in Japanese birth myths.

The good point of Kegare and Misogi

The good point of Kegare and Misogi is to seek cleanliness. This cleanliness is not just about looks. This also requires honesty of human behavior.

For example, Japanese see a person eating with chopsticks. And the Japanese saw scenes of washing and disinfecting the chopsticks cleanly.

Even so, the Japanese will be hesitant to use the chopsticks. Clean and fine personality of the Japanese is thorough here.

The Japanese were admired from abroad if they acted side by side neatly in case of disaster. In addition, toilet and sewage technology is top level among the world. It is said that the city in Japan is clean and beautiful.

Besides that, it seems to be good in fine technology. These are the good aspects of Kegare and Misogi.

The bad point of Kegare and Misogi

Bad part of Kegare and Misogi is where there is no criterion of absolute value judgment. The value standard of the Japanese is "group opinion", so the value standard will change more and more.

Still the Japanese "justice" becomes "group opinion". It is the reason why things that should not be present are kept intact or those that need to be fixed are not easily corrected.

In the case of Japanese, even if the opinion of the individual is correct, it becomes "evil" unless it becomes a group opinion.

Because of this, Japanese people do not want to say their own opinions. It is because you may become "evil".

Another, this is the worst part of Kegare and Misogi, but Kegare and Misogi ruthlessly eliminate those who do not follow the group's opinion. At this time the Japanese will be the most cruelly outrageous in the world.

Those who do not follow the group's opinion will attack until they can not survive. Sometimes you attack as the economy collapses. It may attack until the spirit breaks.

And importantly, this attack looks poor. Omnibus behaves as if you are communicating normally. This attack gets bigger where people can not be seen.

Sometimes it is too late when a person to be eliminated noticed.

In truth, even if there are many people who are aware of someone who is right, the change will not change. That is why the Japanese are frightened according to "group's opinion is justice".

Foreign people will be in trouble. Just as ordinary Japanese are quiet and kind, this gap feels even fear?

Or, anger will come out saying "Please communicate yourself properly".

Unfortunately this cruelty part is also a cause of discrimination in Japan.

Discrimination in Japan is characterized by its association with blood.

In Japan, people living in a certain area were subject to discrimination. Among them are those who make meat industry work. Because they deal with blood. They were called "Burakumin (部落民)".

There was also the word "women are unclean". It means "Women are Kegare".

Originally, Japan had no thought of male dominance. Of course, "women are not clean" was not.

However, when men-dominated thought comes in from China, it is linked to Kegare's thought and Japan's distinctive male advantage is born. Because a woman has a menstrual once a month, it is a "person reminiscent of blood".

Unfortunately, Japan is late in dealing with these problems. Women's advancement to the society is the lowest rank in the developed nations. And sumo wrestling "The woman can not go up to the ring" is allowed for traditional reasons.

About sumo is not a tradition but a bad custom. For details, we summarized it in "Difference between tradition and bad custom".

"The difference between tradition and bad custom" is currently being edited. I will release it later.

It seems that the date on which "the elimination of the distinctive Japanese male advantage" becomes "group opinion" is still far.

What should I do if people are eliminated?

What should I do if people are excluded in the society of Japan or who have gone beyond Kegare?

The answer is to do Misogi. It is endured until the surrounding people forgive. But this must throw out what I think is right.

You may think that "Is there such a thing?", But there is a group opinion anywhere in Japanese society.

There are large and small "group opinion", but there is always there where people gather.

If you can not bear it, you should immediately leave that 'group'. Never fight or argue. In the case of a valuable "group" you can fight, but that is rare.

There is always a place with a proper opinion among the "group" of Japan. They will understand you and will accept you.